4th February 2014
Curated by Polly Wright and Sarah Boulton
ANTJE HILDERBRANDT
MANOU KOREMAN & SEBASTIAN HINDS
FRANCESCO PEDRAGLIO
LUISA AMORIM
ANTJE HILDERBRANDT is a London-based choreographer and performer. Her work takes the form of conventional theatre pieces as well as site-specific works, video and installations. Her work has been presented in various platforms and festivals in the UK, Germany, Italy and Sweden. Antje has collaborated and performed with Doplgenger, Willi Dorner, Lea Anderson, Ivana Müller, Franko B and Tino Sehgal. She is a member of Trio collective.
For SMASH LAB XIII Antje presents Screen Tests. Screen Tests are a collection of video works inspired by Andy Warhol’s Screen Tests from the 1960s. These playfully choreographed short films are part of a wider investigation into the concept of choreography as a state of being – questioning what it means to be (a)live, to be oneself, to be present(ed), to be with, and in front of, others and a camera.

MANOU KOREMAN & SEBASTIAN HINDS
For SMASH LAB XIII Manou & Sebastian present Mir(ror)(r)age, a duet between dancer and camera that delves into and comments on how we see ourselves as women. While we spend hours and hours
staring at backwards reflections of ourselves in mirrors,
we only ever see our own bodies from certain angles. By
being forced to look at herself from a different perspective, the performer hopes to catch a glimpse of her true self. Something unexpected. With the use of live footage from various cameras,
Mir(ror)(r)age makes an attempt at sharing a different
view with an audience.

FRANCESCO PEDRAGLIO is an artist, writer and co-founder of the art-space FormContent. Through short stories, performances, videos and installations, his work employs mechanics of storytelling to reflect on the intricate relationships between the construction of subjectivity and the perception of objects. He has been showing and performing at Rowing, London; Transmission Gallery, Glasgow; Kunsthalle Basel; Hayward Gallery, Auto Italia South East, The National Portrait Gallery, ICA, London; Wysing Arts Centre, Cambridge; Galerie Kamm, Berlin; Hollybush Gardens, amongst others.
For SMASH LAB XIII Pedraglio presents You who fold like a bad hand, a collaboration with artist and writer Paul Becker. On the side of their own individual practices, Pedraglio and Becker have been working together on short stories, scripts for live performances and videos for the past 2 years. With Alex Cecchetti they edited the collection of short stories Cadavere quotidiano out in January 2014 with X-TRA.

LUISA AMORIM is a London based actor born in Porto, Portugal. Whilst studying for Psychology, Luisa had her first major contact with theatre at the Minho University's Theatre Company. Afterwards she completed her BA at the School of Cinema and Drama and enrolled in a MA in Performing Arts. She established her career in Lisbon and has performed works by Stridberg, Handke, Chekhov, Schiller, Bergman and has also worked on and off with the O Cão Danado Company.
For SMASH LAB XIII Amorim presents “Directing in Real Time”
a game based on the idea of uniqueness and exchange with the audience.
A dancer moves the projection screen in space, in a choreographed and repetitive gesture of physical exhaustion, interacting with the audience, the projected image and the sound of the installation. 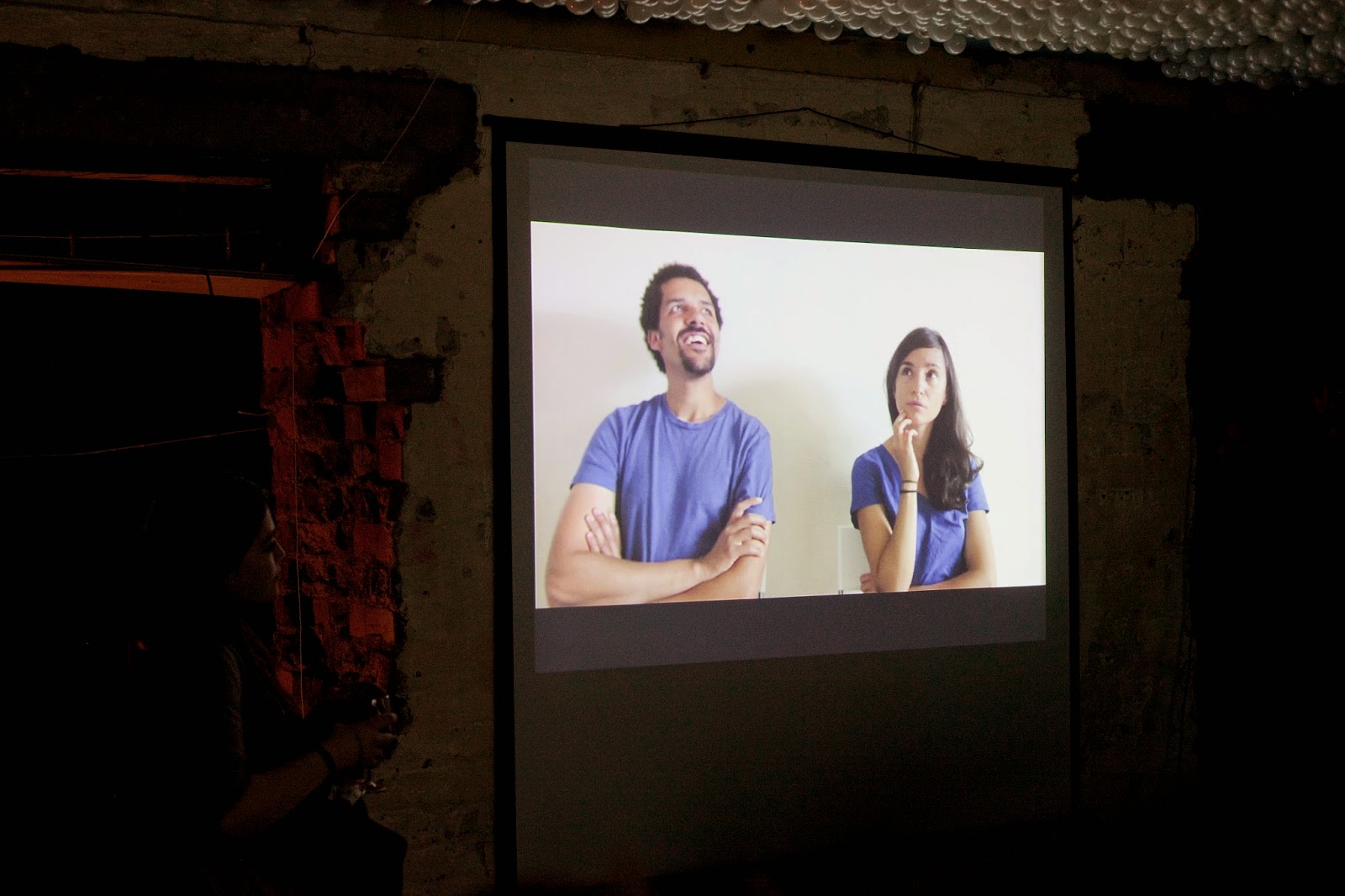 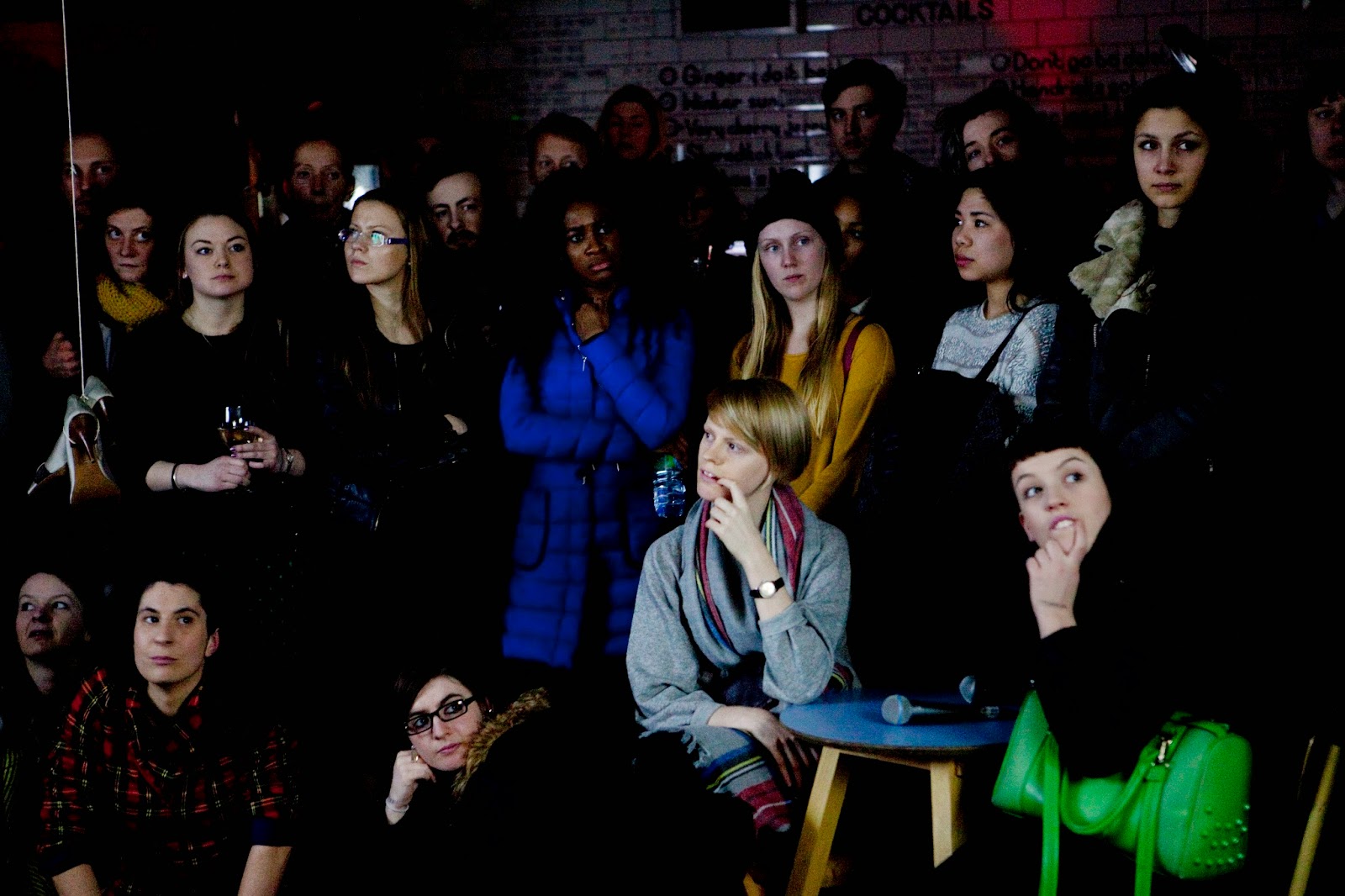 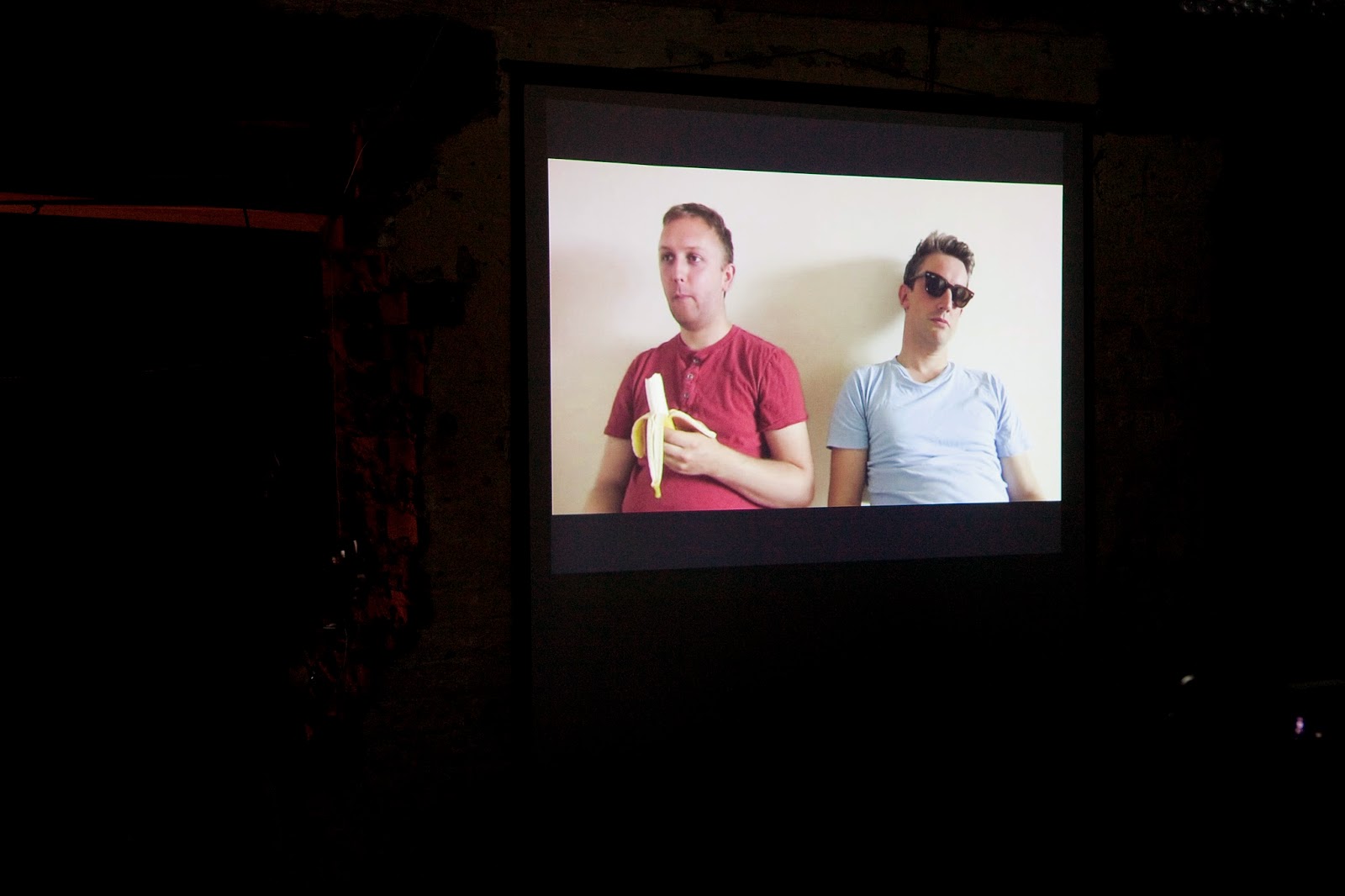 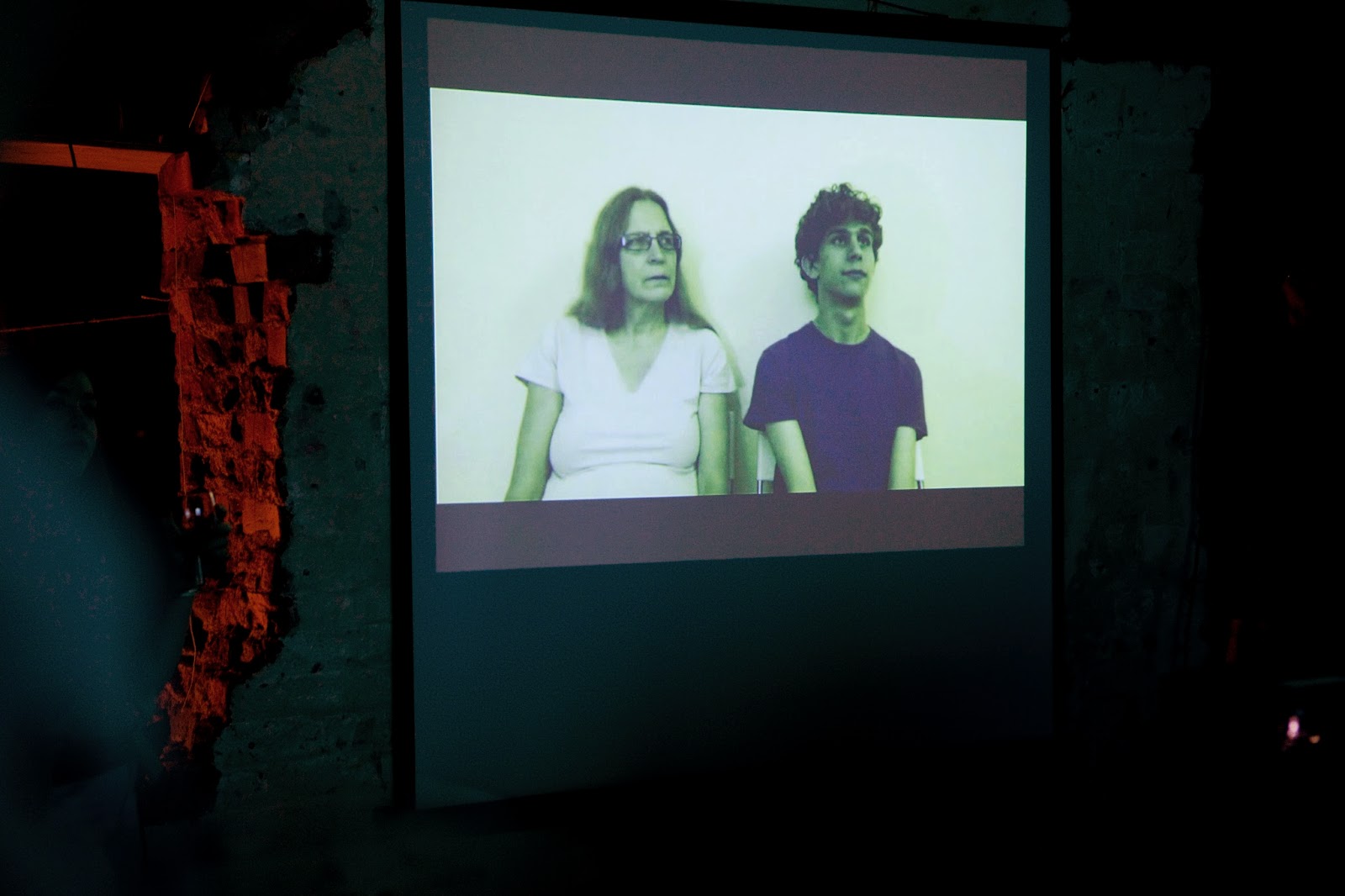 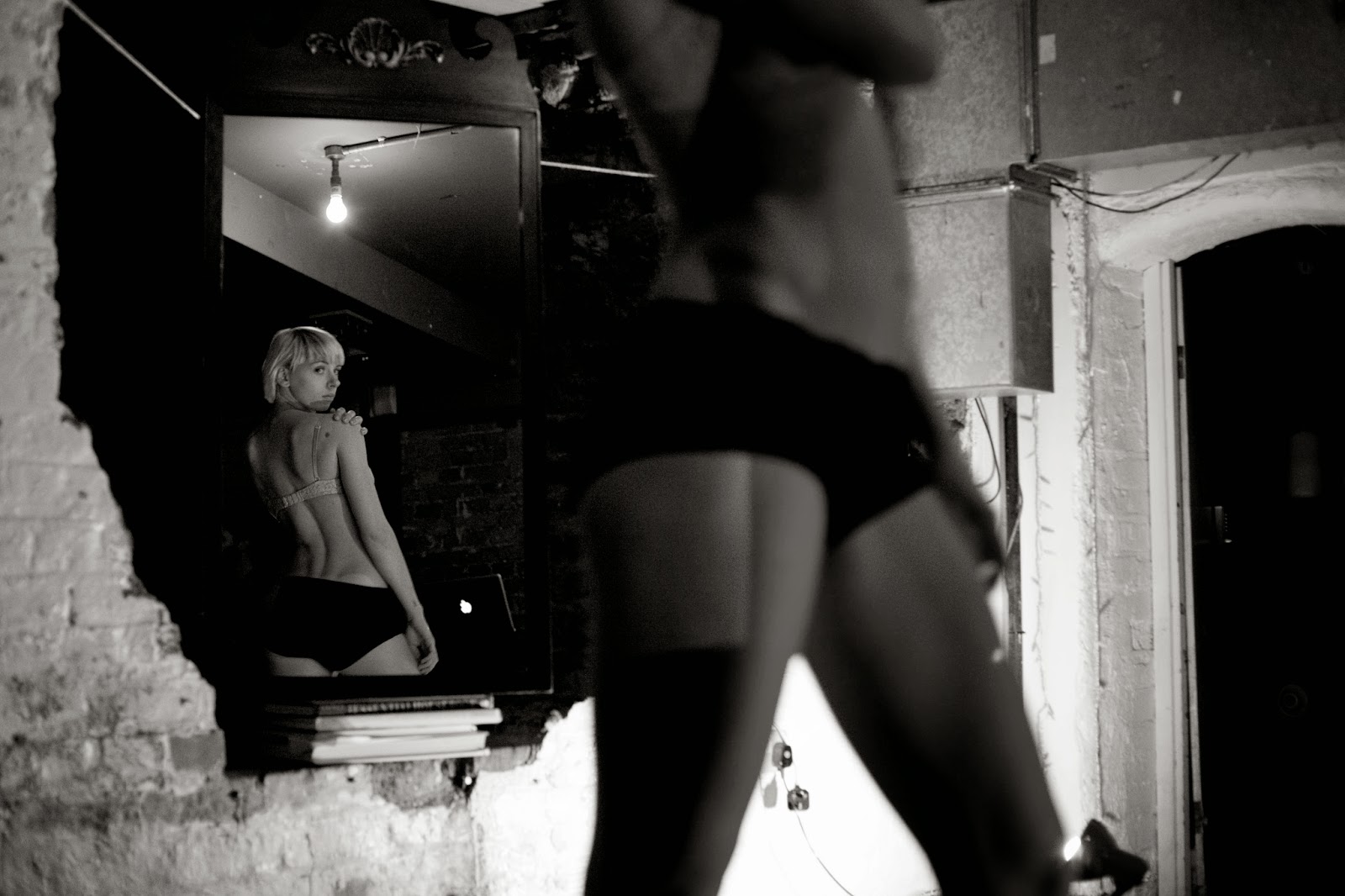 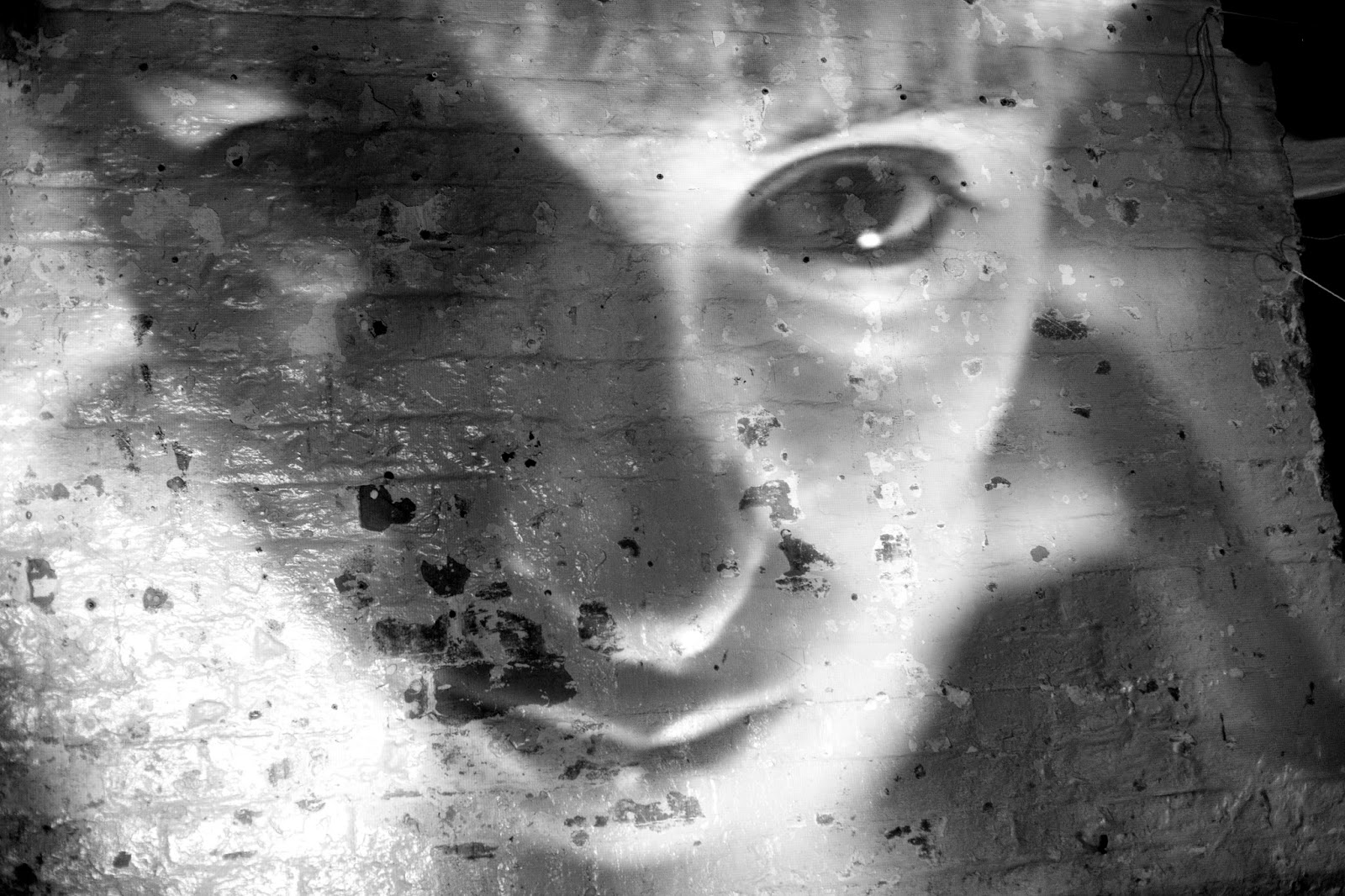 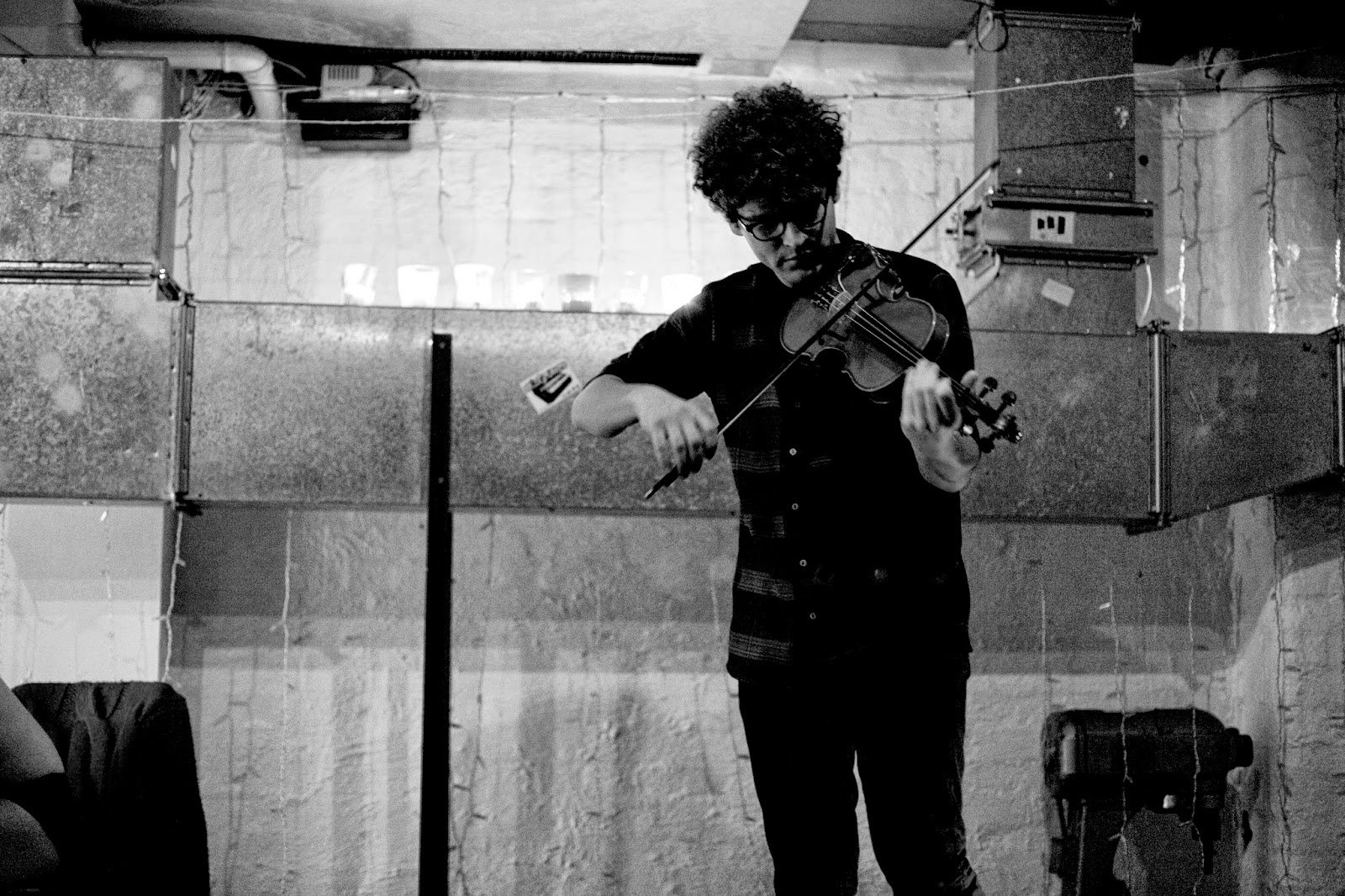 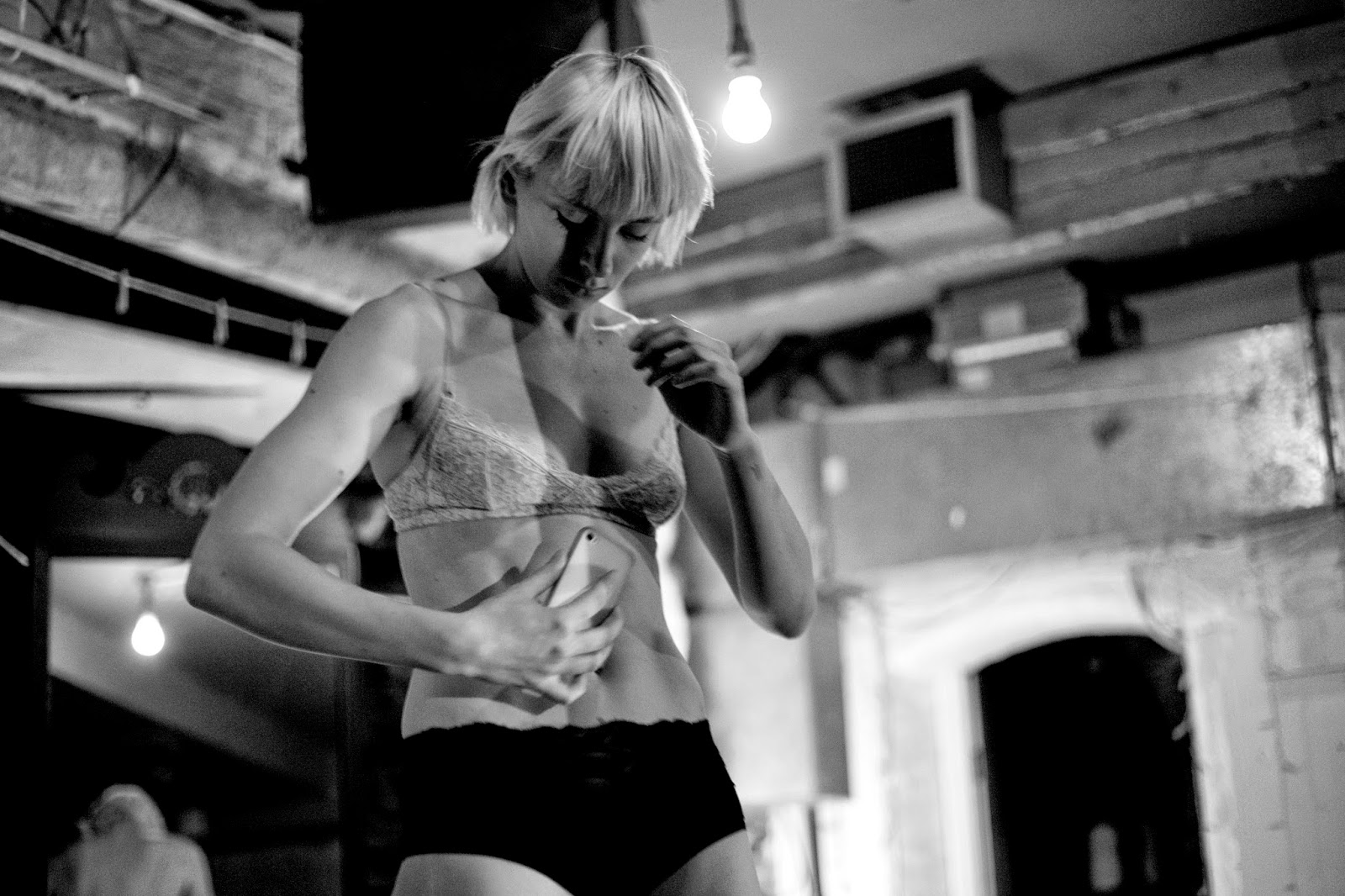 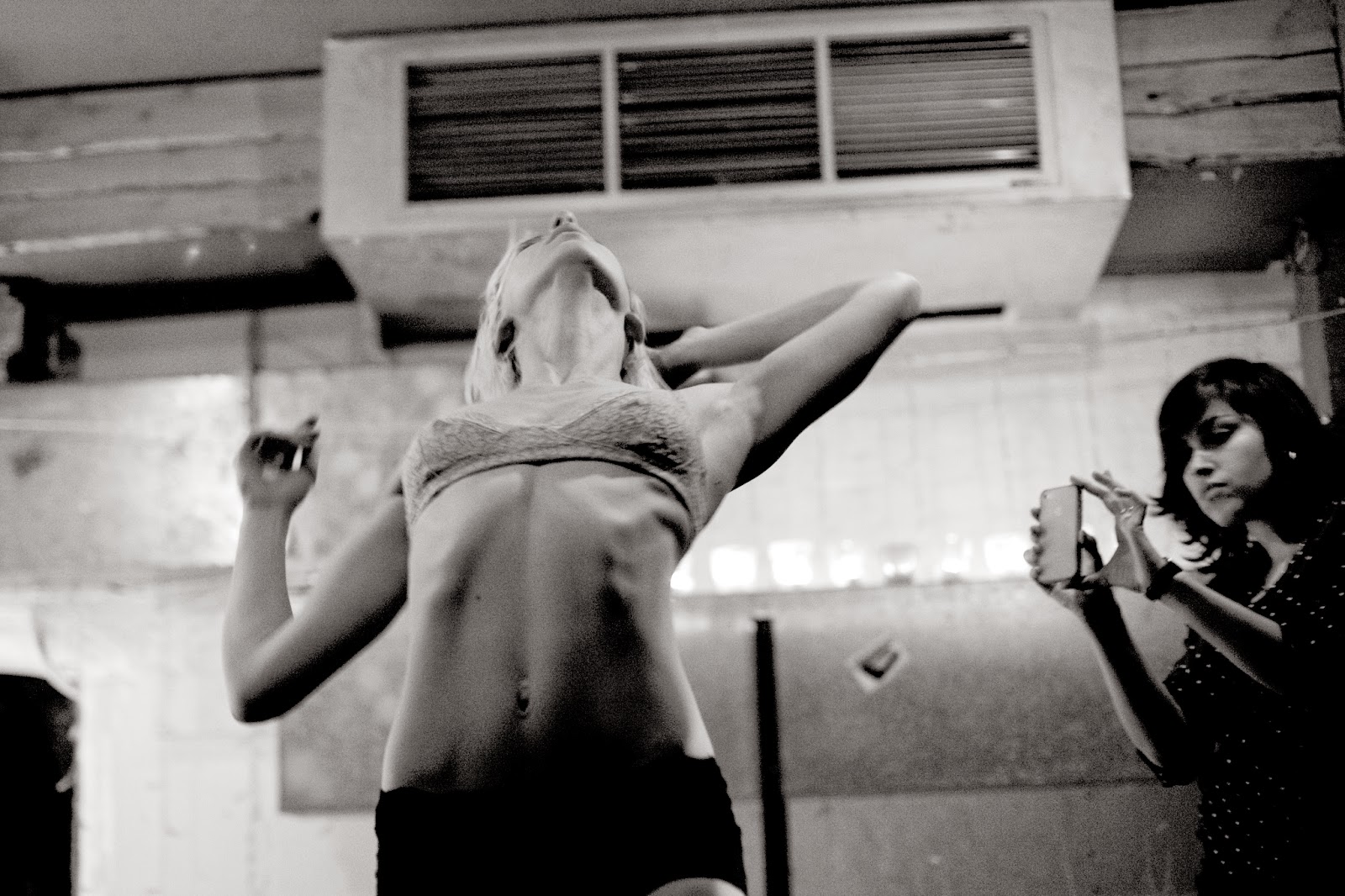 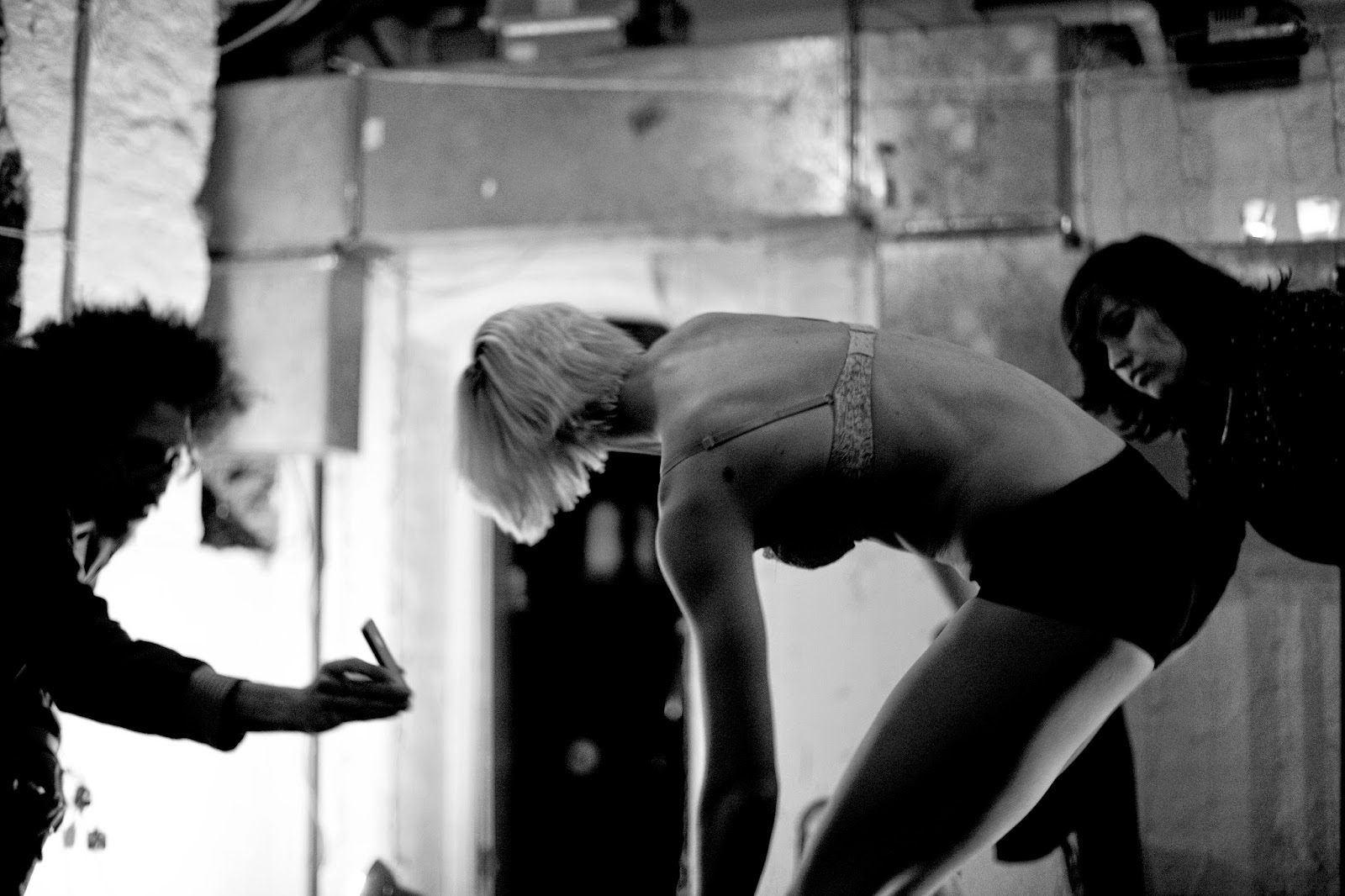 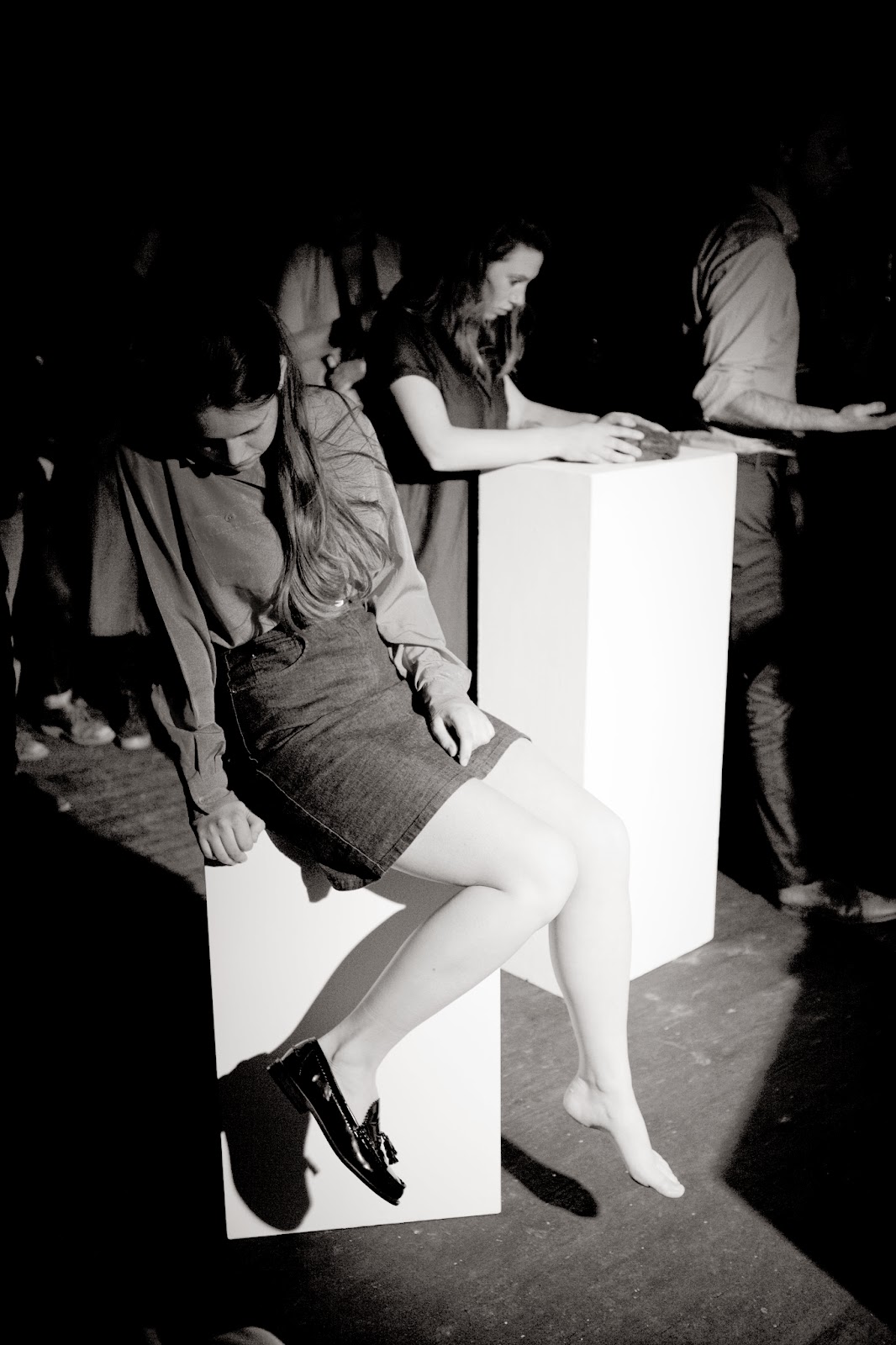 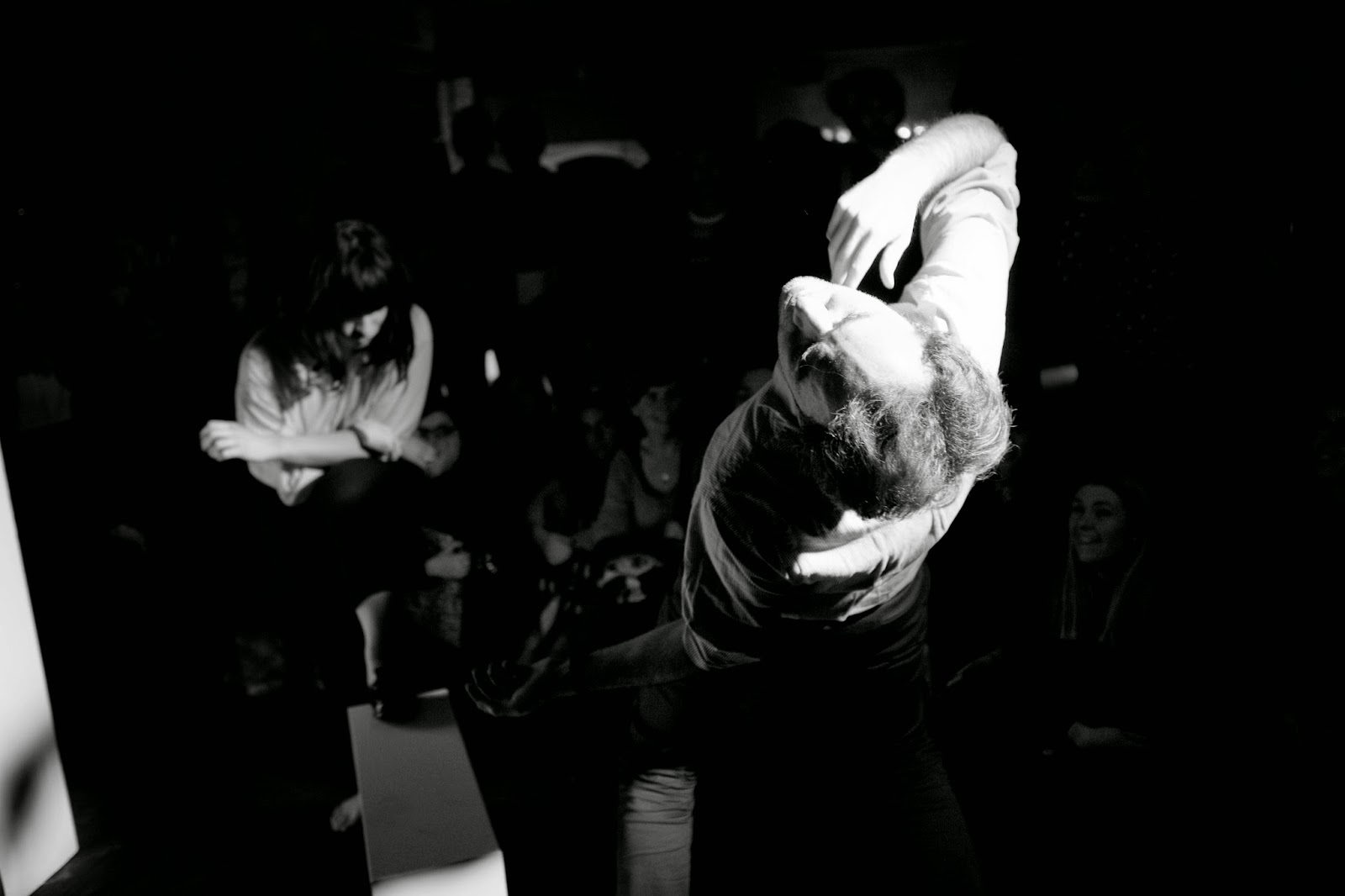 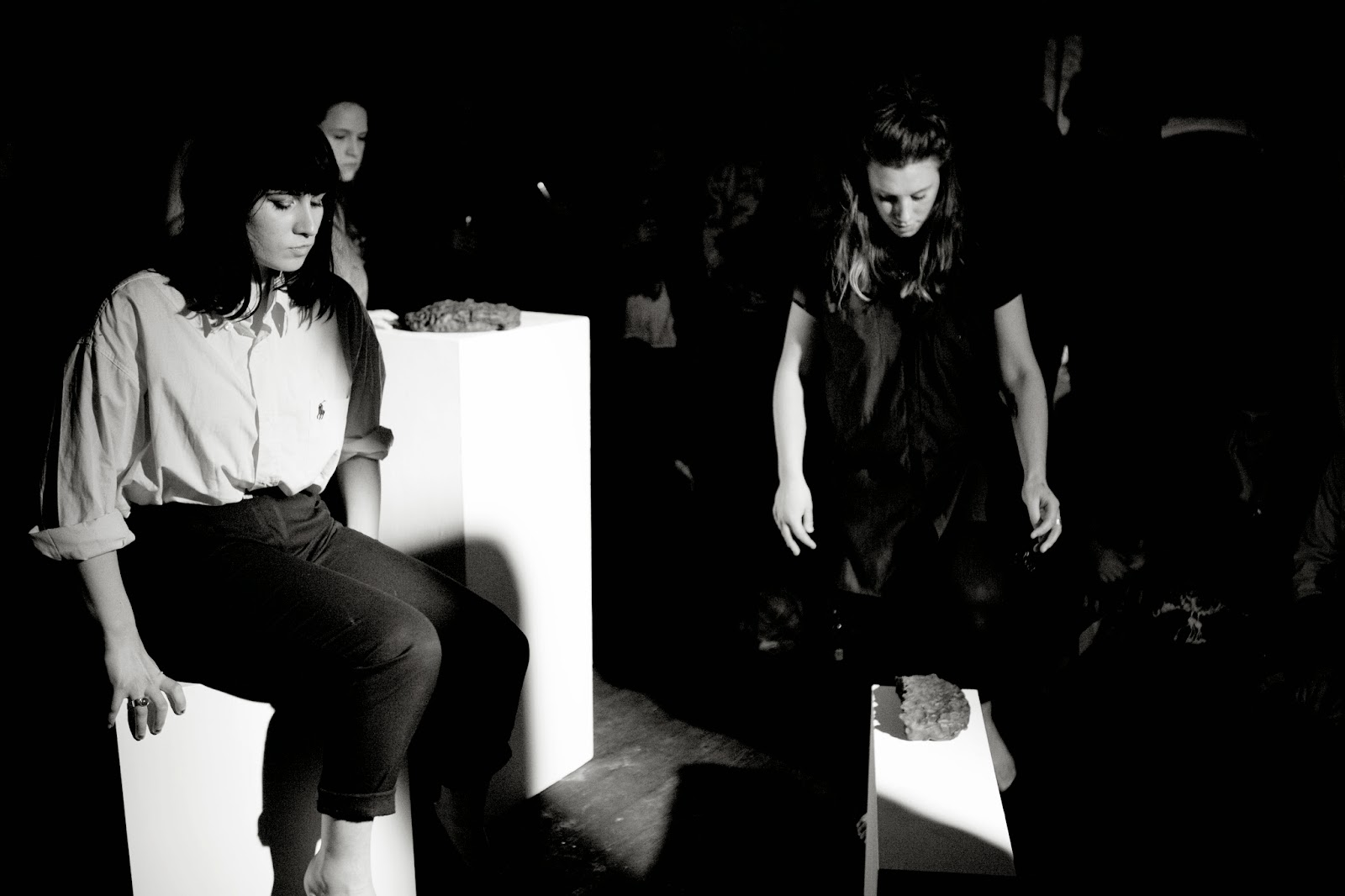 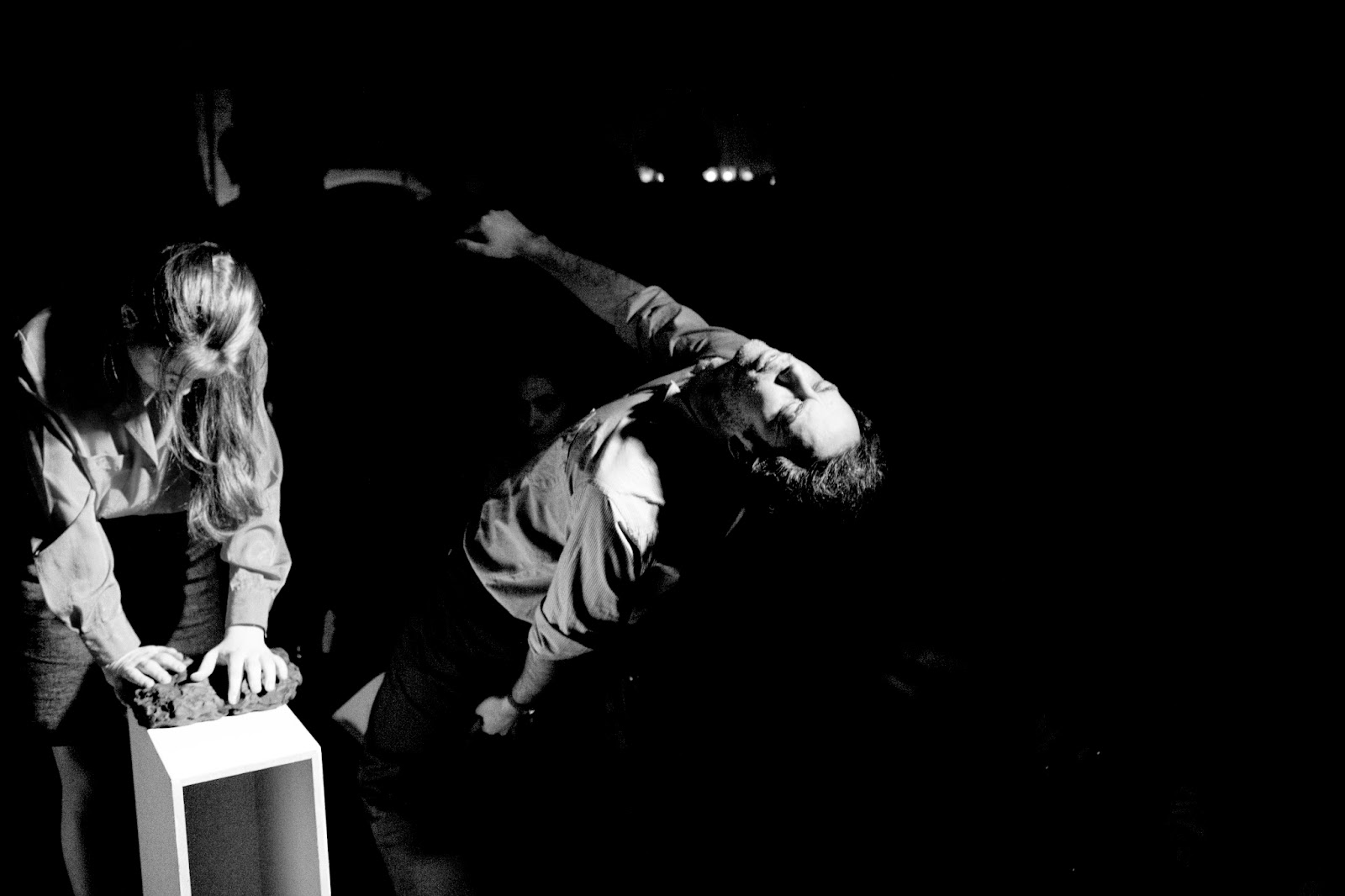 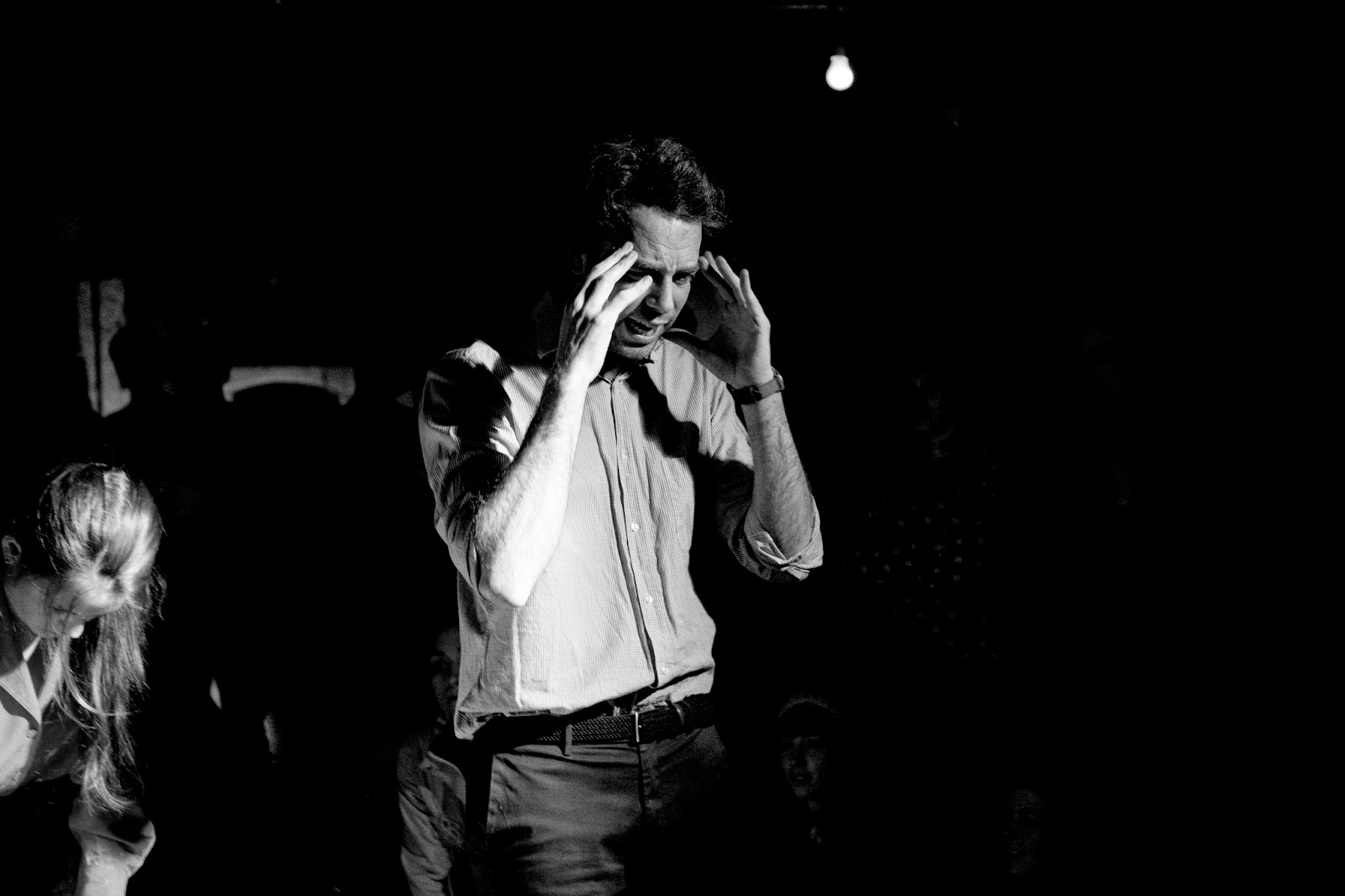 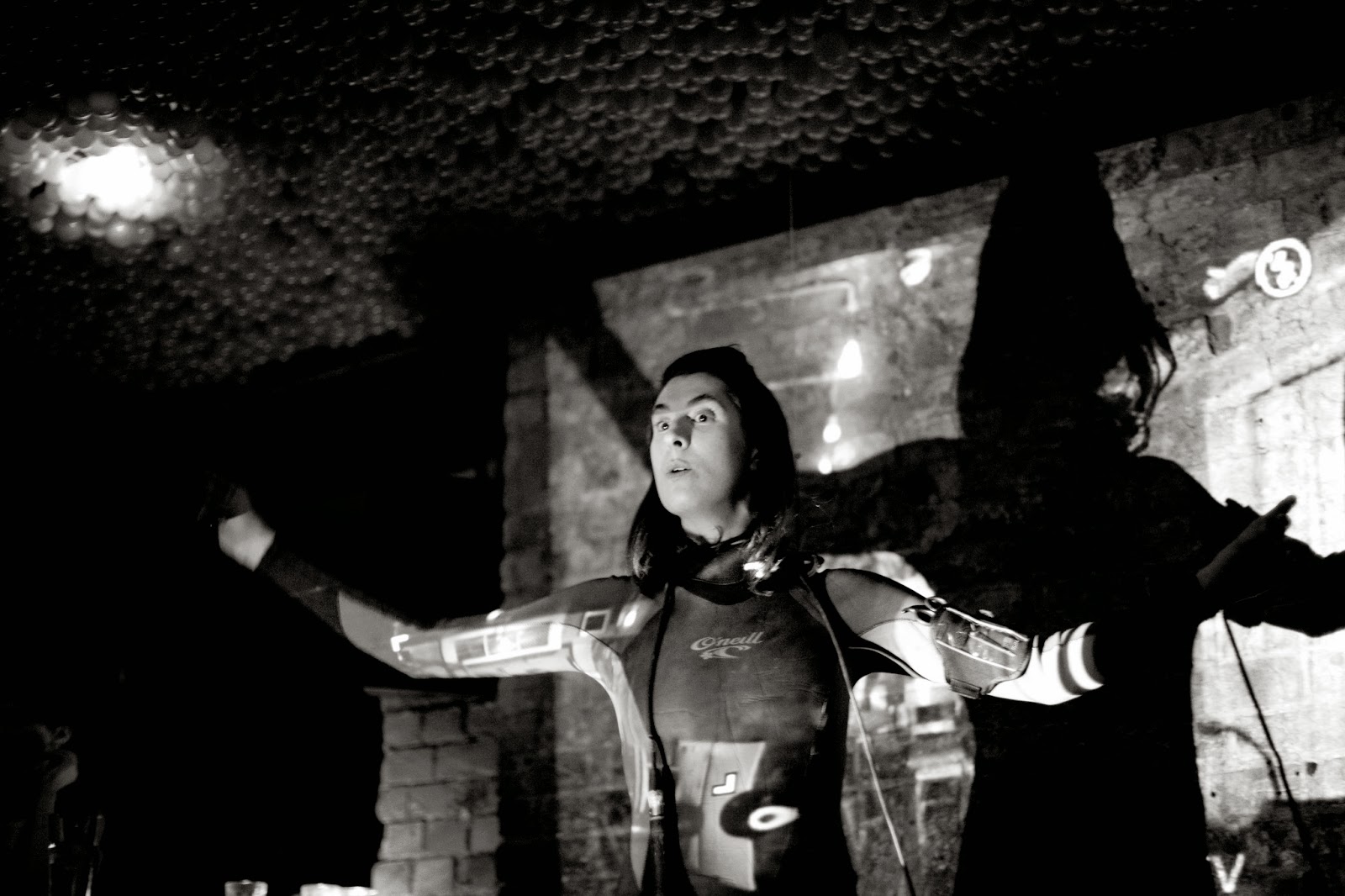 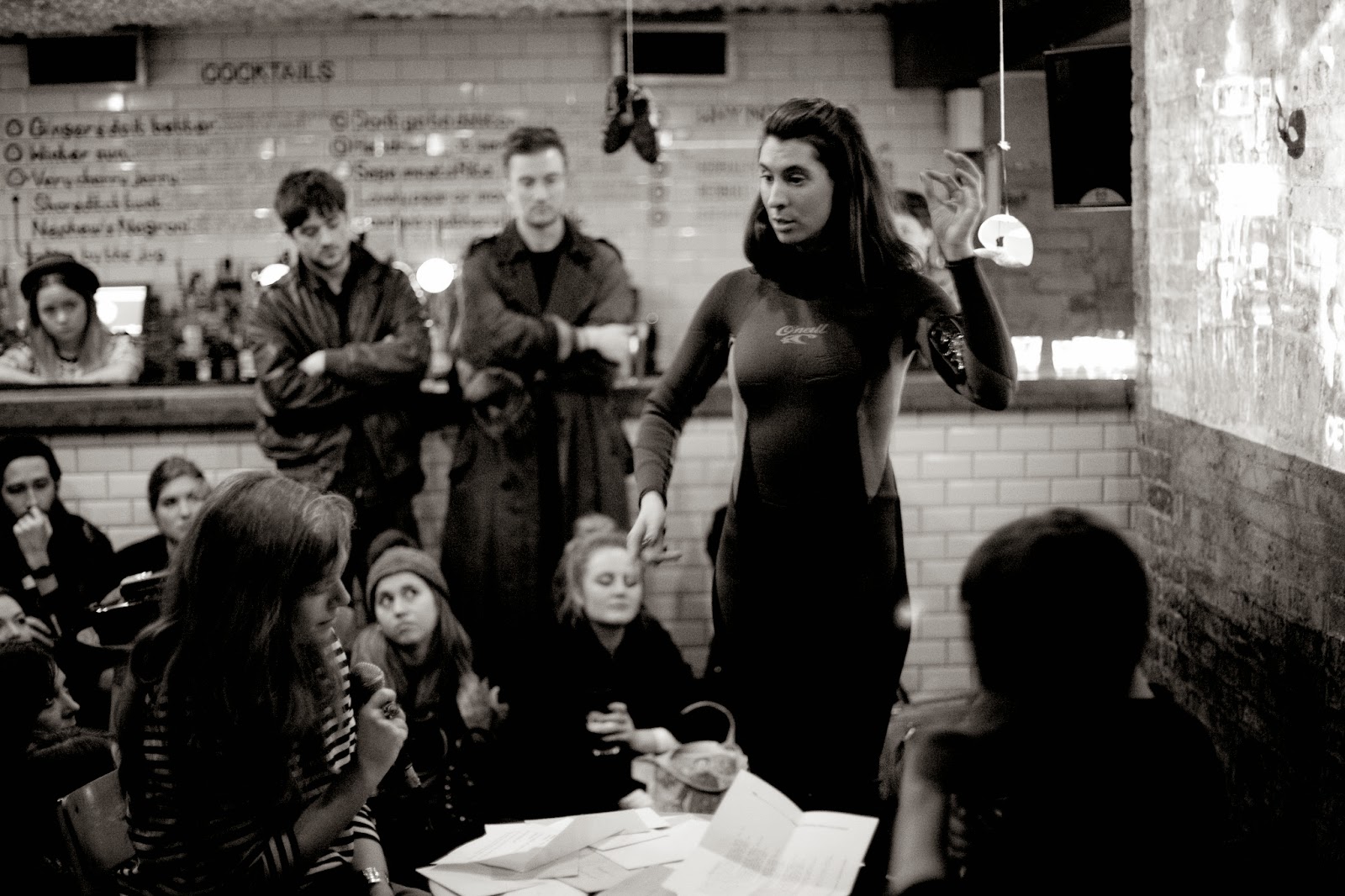 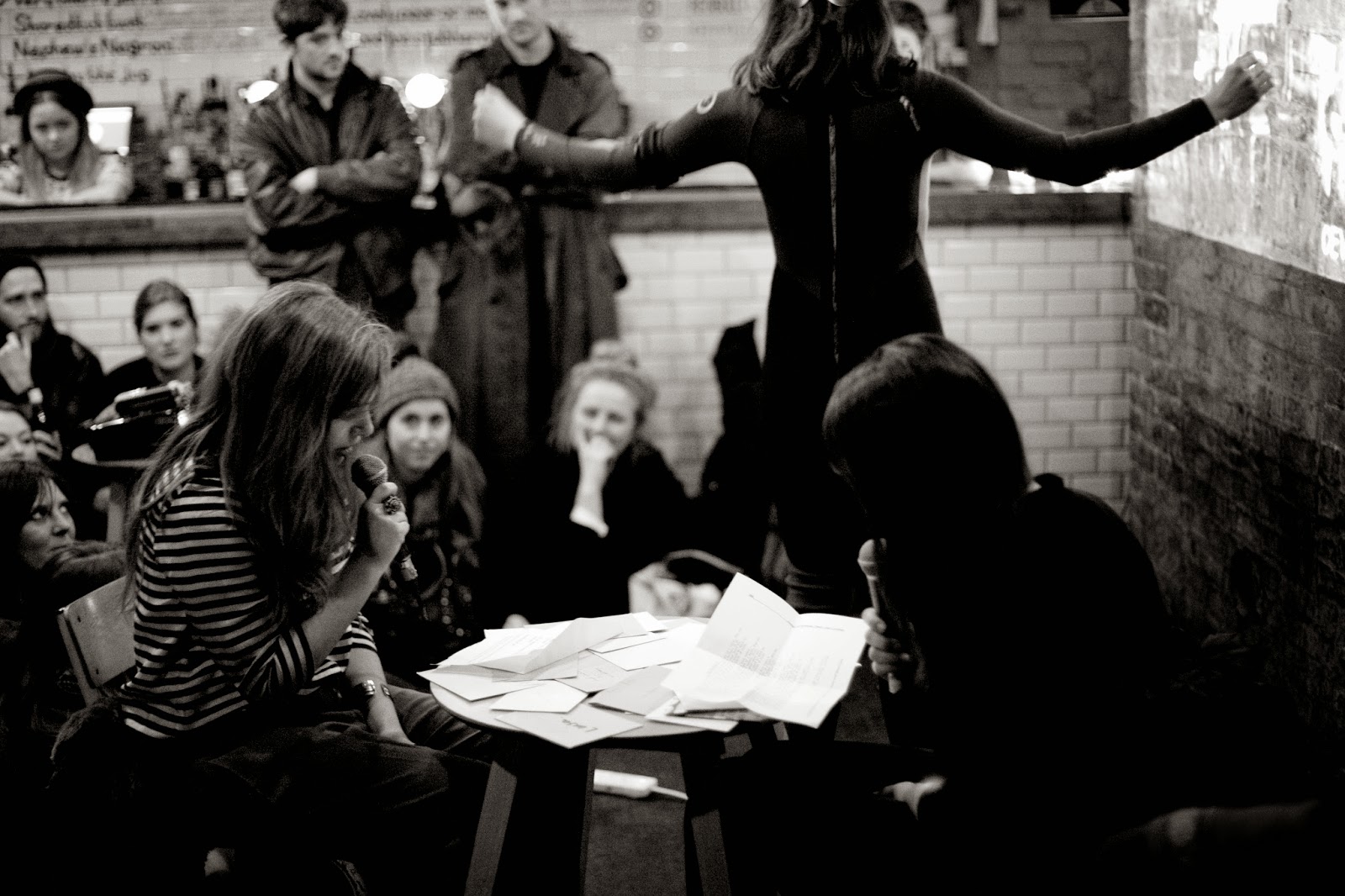 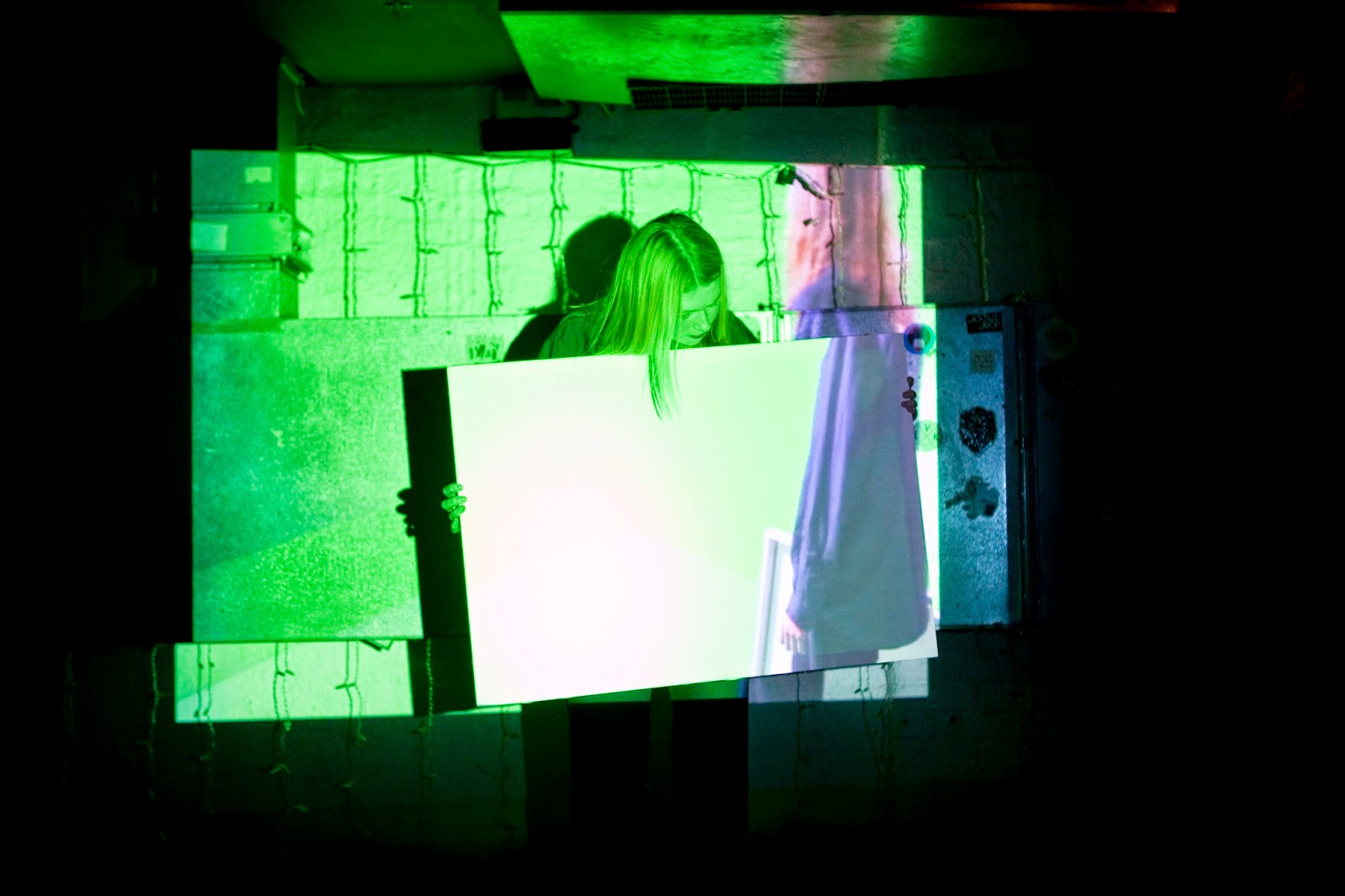 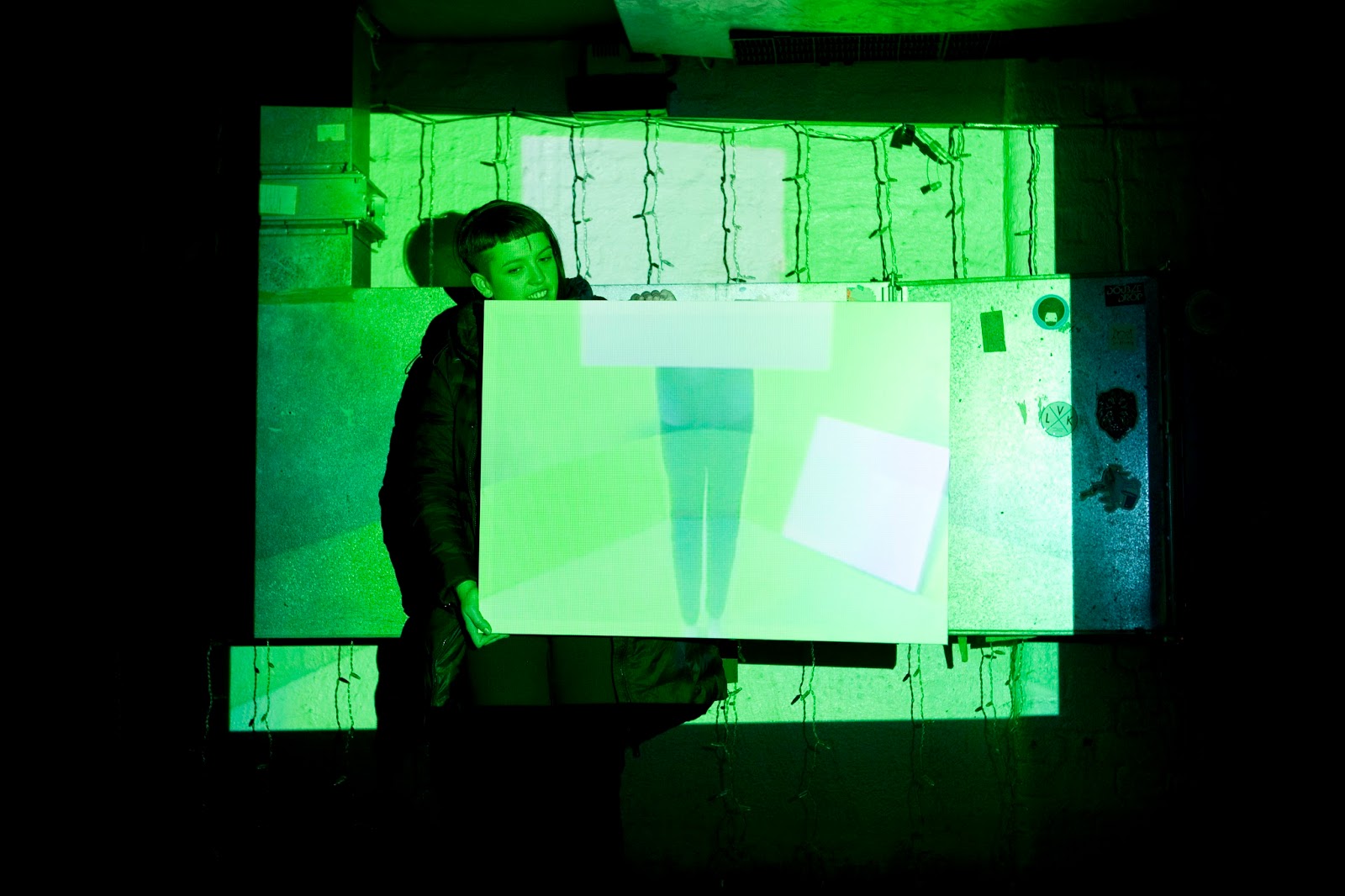 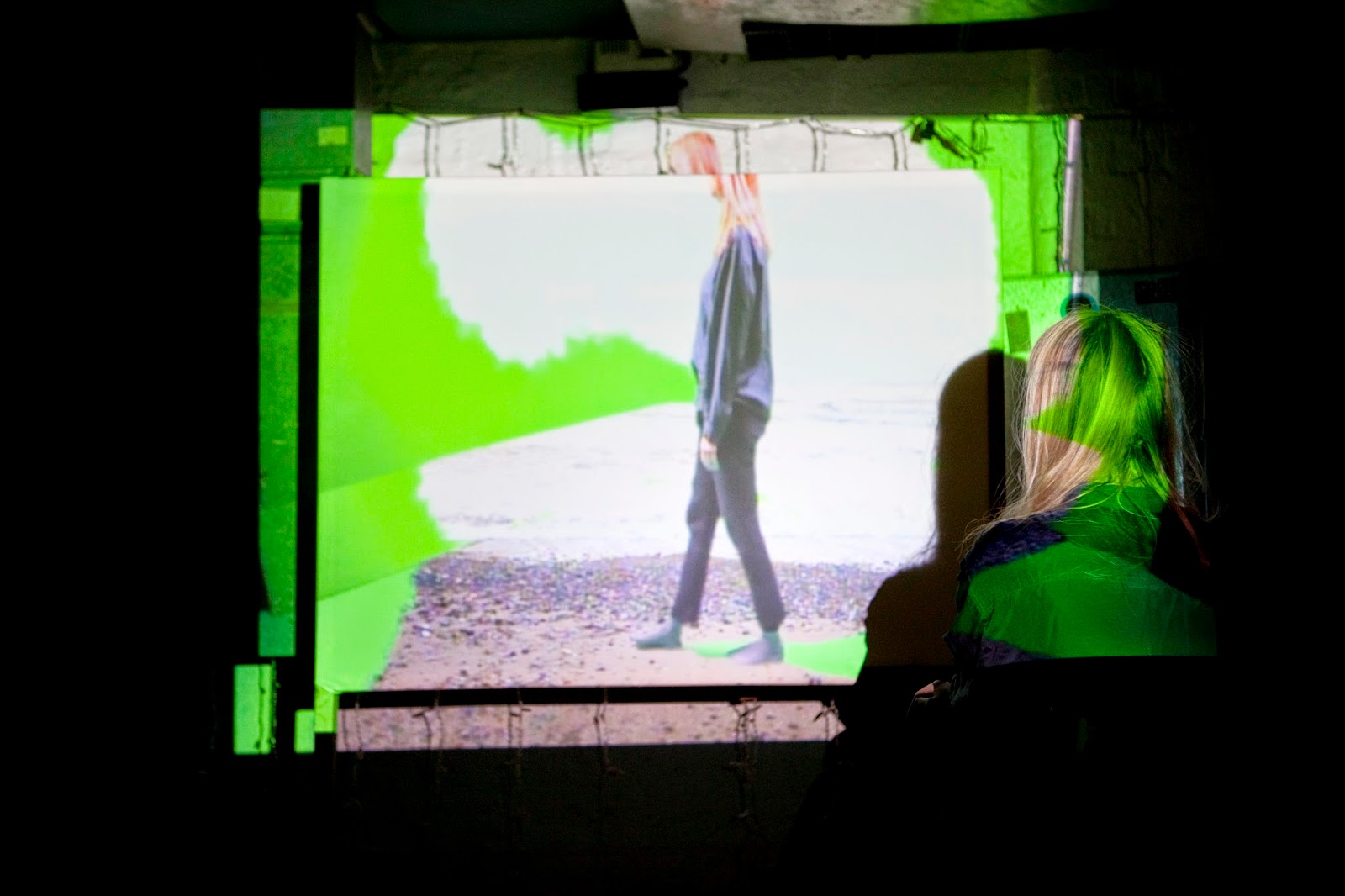 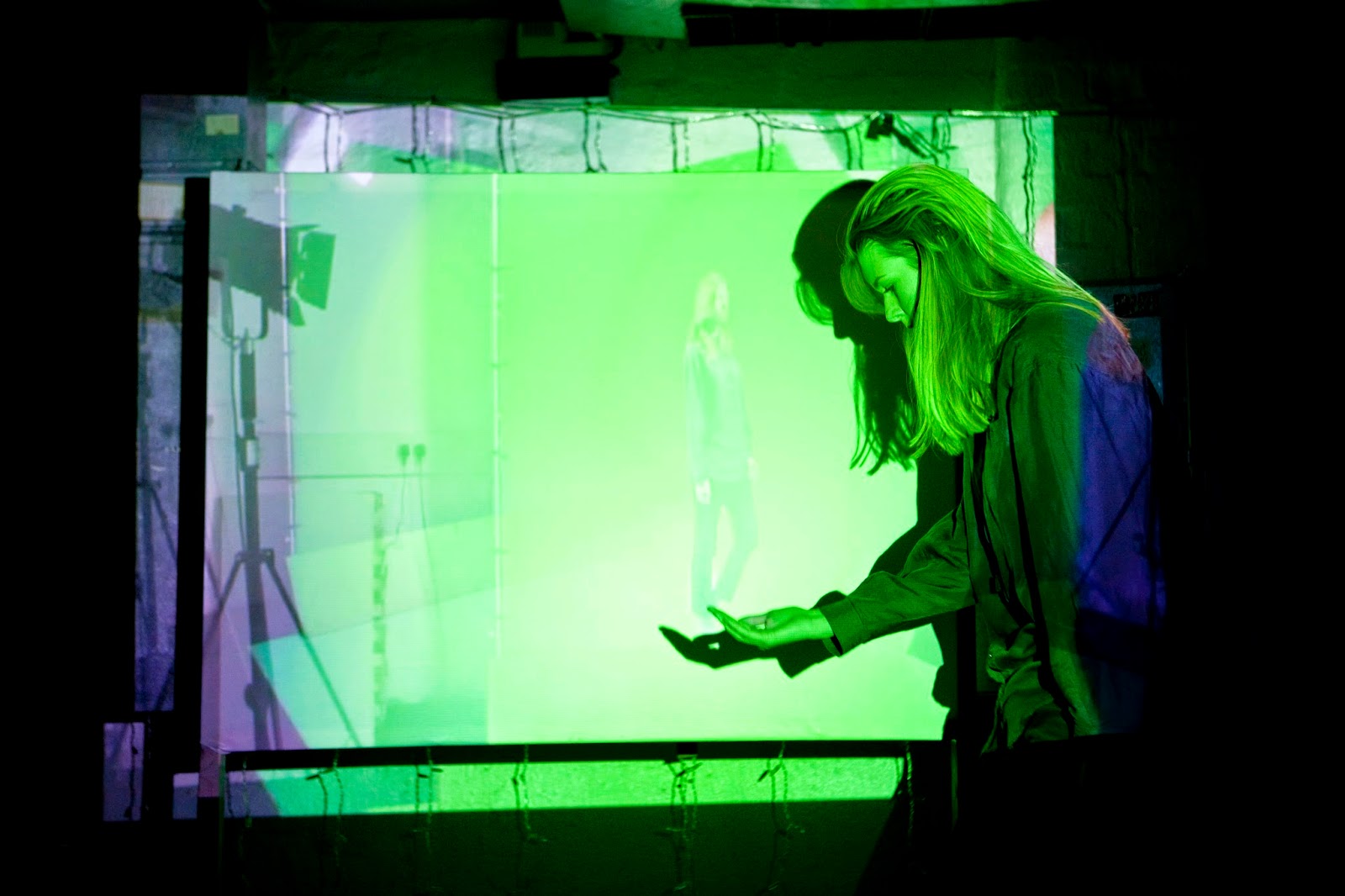 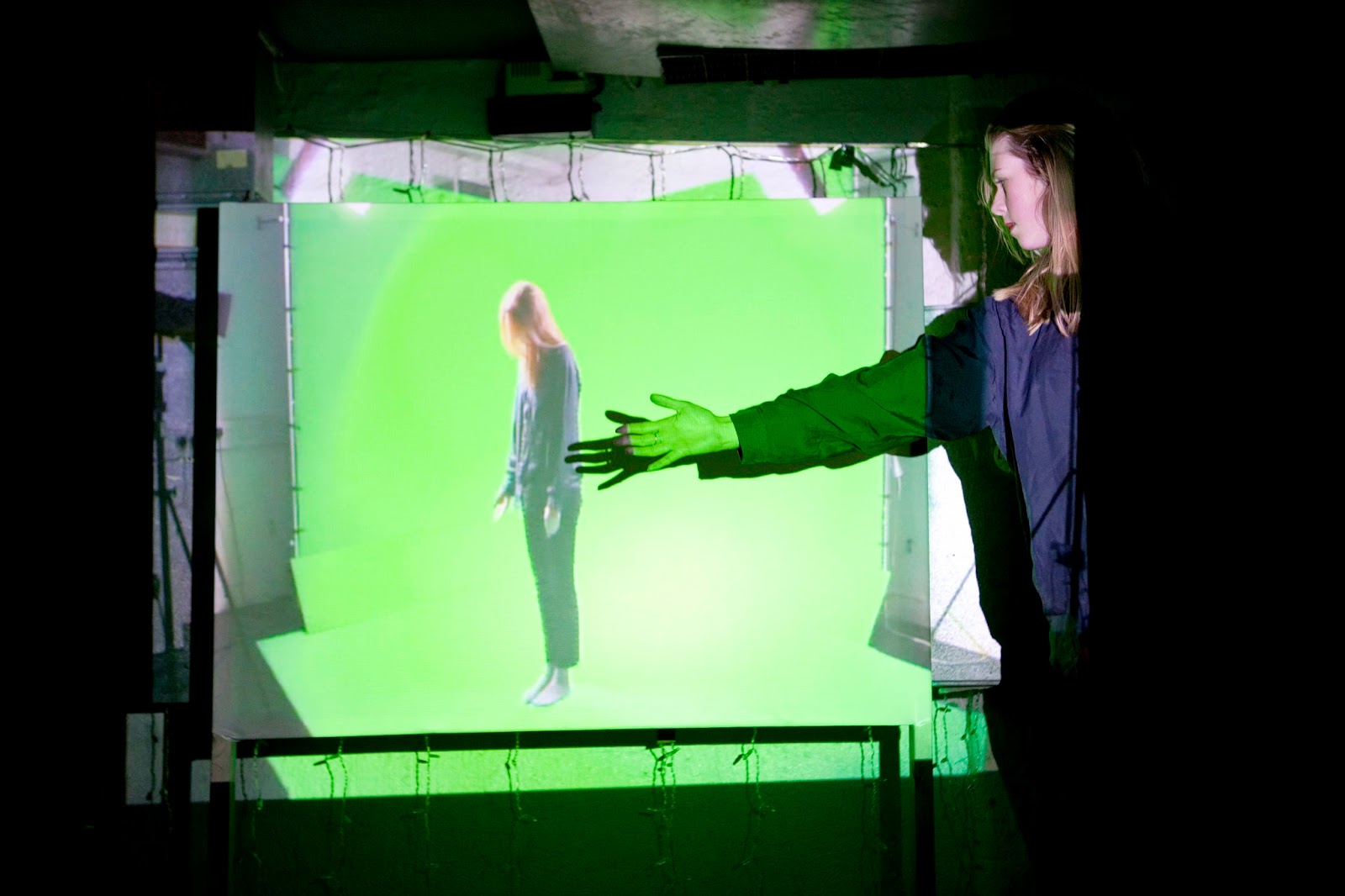